I picked a good first day trip out of Bangkok. Ayutthaya was the old capital city of the Kingdom of Siam. It was built around 1350 and destroyed by the Burmese army in the 1700s. It’s now an incredibly popular tourist site and it’s easy to see why. I visited the beautiful site with my friend, her cousin, and my cousin who was on a trip from America. While there are ruins all over the area, we stayed and took pictures in one site. It would take several trips if you wanted to see every ruin that made up the city.

I felt really relaxed because I planned none of the trip. I just had to get in the lovely air conditioned car, be driven by my friend’s cousin out of Bangkok, eat delicious food, and wander around. It was clear and sunny, but not deathly hot. I would imagine walking around for hours in the Thai summer would be brutal.

The Burmese army decided to chop off some statue heads 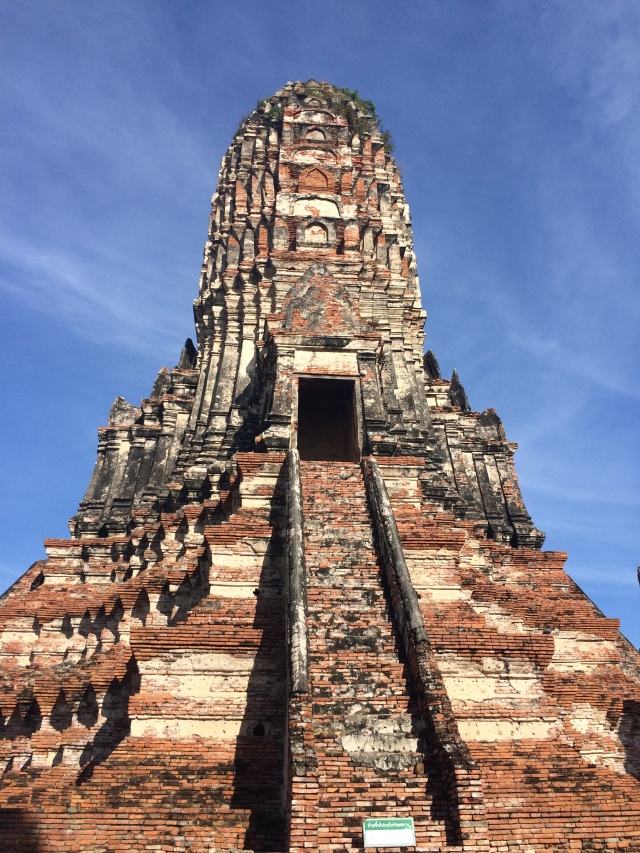 Since I didn’t participate in the logistics of the trip, I don’t have any good advice on the best way to get there or approximate prices. But if you are ever in Bangkok, take a minute to get out of the city and see this place!

This entry was posted in Thailand life. Bookmark the permalink.