Posted on August 1, 2015 by sadielynwelhoff

If you thought Korean students received a long, glorious summer break before the fall semester, you thought wrong.

Many students sign up for a summer camp.  Different schools have different options.  Some have drama camps, English camps, science camps, and just about every type of camp relating to a school subject.  Some camps last for one or two days with eight hours per day.  Other camps last for a week with only about two or three hours per day.

I taught an English camp of course, no one would learn anything if I taught a science camp.

I’m sure some students volunteered on their own, but it wouldn’t surprise me if parents pushed some of them into camps so they wouldn’t be lazing around the house all summer.

The semester ended two weeks ago, and it will be another three weeks until the next semester starts, basically summer vacation lasts a month in public schools.

And for the lucky students who didn’t sign up for a camp, many of them just go to a private academy where they can study all day.  Fun, fun, fun.

Now when it comes to the English teachers, being in charge of a camp is a hit or miss situation.

Worst case scenario: you don’t get to choose any of the materials or any ideas for the camp even though you’re the one will be teaching, your co-teacher never communicates with you about what is going on, you have huge classes of rowdy kids who don’t want to be there, you teach boring lessons, and you have to stay until 5 pm even though camp ends at noon

Best case scenario: you get to come up with fun ideas for camp, the school gives you a nice budget for games and posters for coloring, you and your co-teacher communicate well to come up with the best camp possible, maybe you can even play a movie for one of the days, you have a small class of students who actually volunteered to be there because they are interested in the subject, you get to eat plenty of snacks with the students, and you get to go home at noon

Fortunately my experience was more like the latter scenario. 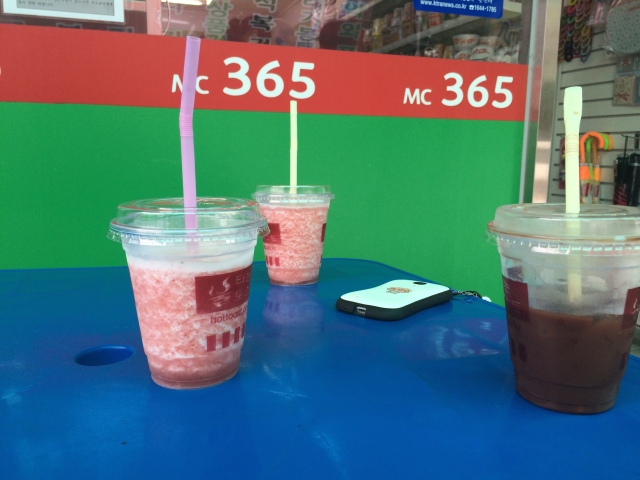 The first camp I taught at was a last minute job as one of my schools cancelled all of their camps.  It was way out in the country, right next to Independence Hall.  I came up with some games and word puzzles and my co-teacher brought some worksheets.

My class only had four students and my co-teacher kept things laid back.

The second camp was at my country school and my class only had 10 students. They were third graders, my favorite grade to teach.  They are are a lot less moody than second graders and a lot more independent and mature than first graders.

We read and discussed a few of Aesop’s fables and they got to make posters, give presentations, and played games.  On the last day, we all ate ramen together, good times! 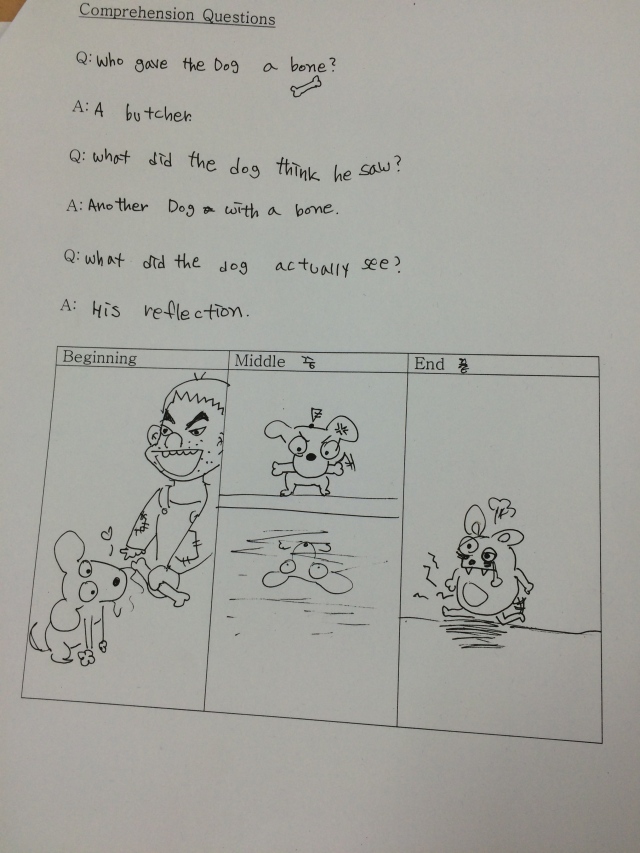 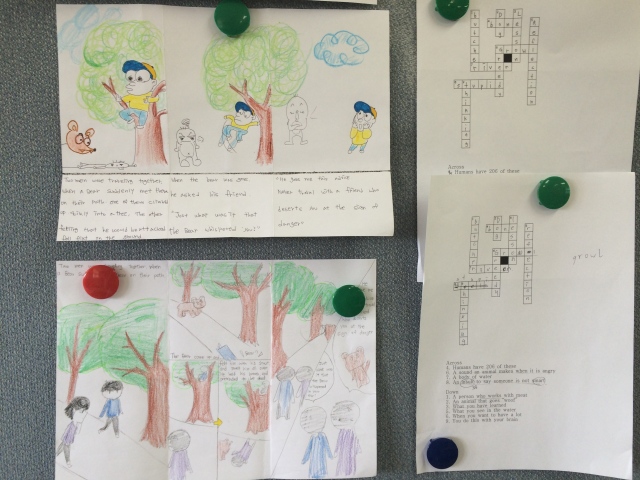 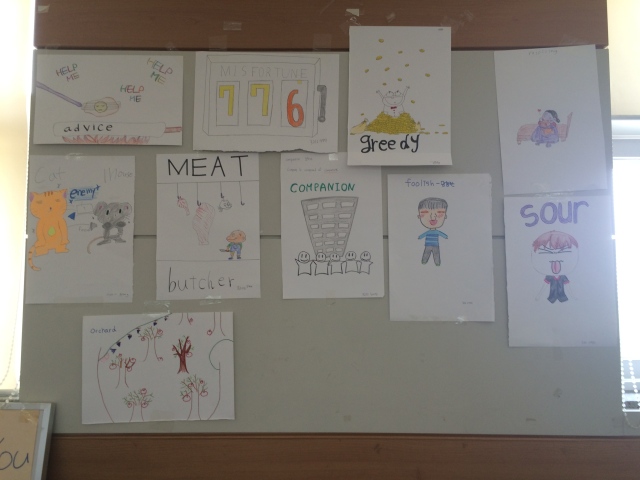 I hoped they actually learned something, maybe I’ll give them a quiz on the fables when we get back to regular classes.  I’m kidding, I’m not cruel. 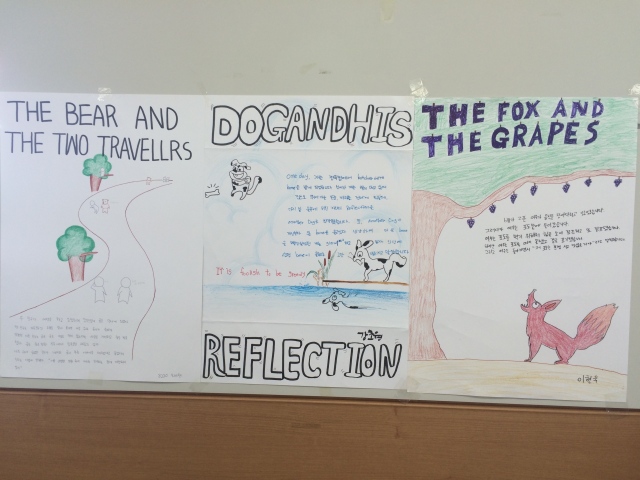 This entry was posted in Korean schools. Bookmark the permalink.