Posted on December 6, 2016 by sadielynwelhoff

The city of Gyeongju itself is not all that large, making it easy for me to walk from one end of town to the other.  One of the city’s biggest attractions are the burial mounds of Silla Dynasty royalty.  Many of them aren’t closed off from people passing by so hopefully no one tries to take a climb.

I was heading to a palace to see it lit up at night, and on the way there I came across an observatory tower.  If the Korean tourism website is correct, the Cheomseongdae Observatory is the oldest observatory in Asia.  It was constructed in the mid 600’s.

those grass mounds are ancient tombs

There were a ton of lanterns on display around the observatory. 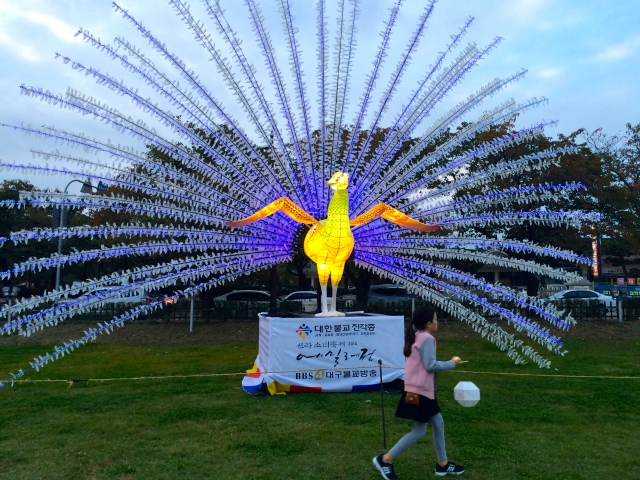 I went to see Donggung Palace, which they light up during the night.  Cue the hordes of couples taking romantic selfies in front of the pond and the glowing palace.

I barely scratched the surface of Gyeongju and had a great time.  I’m sure a week in town would be even better 🙂