Organic strawberries and a Hiking fail

Posted on April 9, 2016 by sadielynwelhoff

There are countless activities in Seoul.  You could probably live here for your whole life and still not see every neighborhood.  But Seoul is not the end-all-be-all of Korea.

I went on a tour organized by WINK to a strawberry farm and Daedunsan mountain.  Korea has extensive public transportation, but you don’t necessarily want to rely on it in rural areas.  It’s not fun to miss the last bus back to Seoul when you’re in the Korean wilderness.  It was nice to have a bus pick us up and wait for us.

Unfortunately, there were a few more misses than hits on the tour, though none of it was the tour company’s fault.  There was supposed to be a strawberry festival but the people who normally put it together decided to cancel it because the flu was going around in the area.

It was fine by me because we still got to go to the farm and less people just meant more strawberries for us! 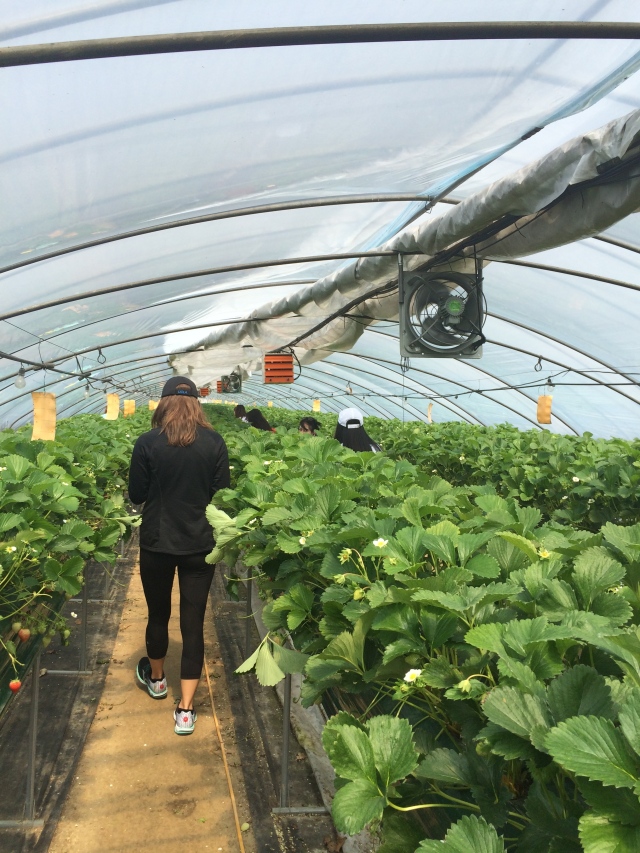 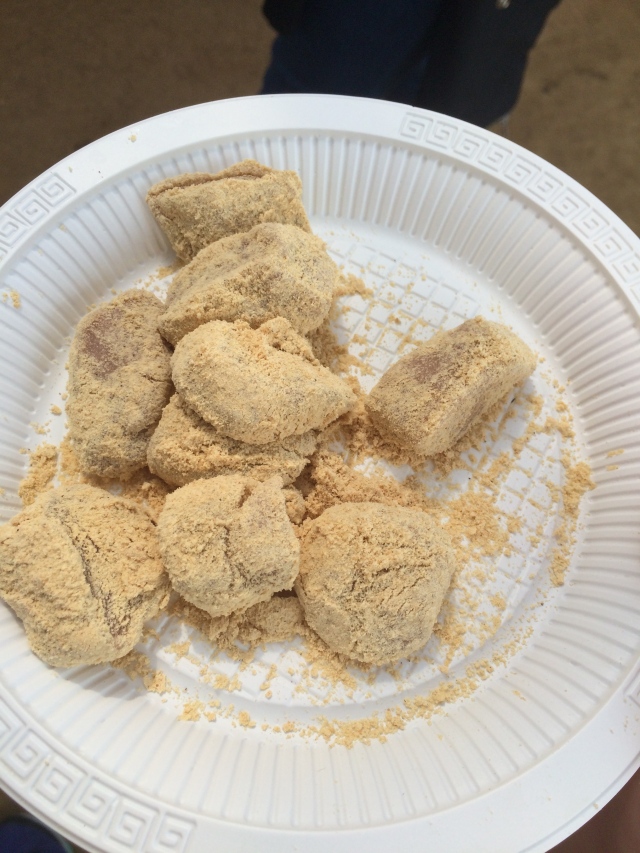 Strawberry rice cake with some kind of peanut flour, dust of some kind? I don’t know what it was but it was good

Some of the farmers were making strawberry jam

Korea hasn’t quite made it out of winter yet so there is still brown and dead vegetation.  Nevertheless, the peace and quiet of a farm with the smell of dirt and flowers with chickens and kids running around was wonderful.

On our way to the mountain, we got to drive through Cheonan.  It was funny being able to turn to my friend and say “look there’s my old apartment”.  We stopped at a rest area and I had to buy Cheonan walnut cookies.

We were late arriving to the mountain.  Since the festival was cancelled , the tour guides decided to leave Seoul later than planned, since we wouldn’t need as much time at the farm.  The problem was I think they underestimated how long it would take to get out of Seoul.  The traffic is more manageable on the weekend, but that just means instead of standstill traffic, it’s more of an inch by inch crawl.

On the way to the mountains

We had the choice between taking a cable car about halfway up the mountain or hiking.  We weren’t going to be there long enough to go all the way to the top.  The big problem was finding out the cable car wasn’t working that day.

Many people were not dressed for hiking, as they thought they would just take the cable car up and down.  My friend and I were some of the few people with good shoes and extra water.  One girl had heeled boots on!

We were also short on time so we didn’t get to do a lot of actual hiking.  After we ate lunch, we rushed over to the start of the trail and were told we had two hours.  I think the guide was worried about so many people being unprepared for a not so easy hike getting stuck on the way up or being super slow on the way down.  There weren’t clear trails because of how rocky it was and there were a lot of stairs built in because of how steep the mountain was.  There are definitely bigger and more challenging mountains out there, but this certainly wasn’t a walk.

Restaurant area near the mountain

I enjoyed the trip even with the bumps in the road.  It can be hard to predict how much you will like a tour because you never know if you will jive with the other people in the group.  Fortunately, nobody got on each other’s nerves.  You also can’t put a price on an air conditioned bus that hauls your sweaty and gross post-hike body back to Seoul.