Posted on January 4, 2016 by sadielynwelhoff

How does one celebrate Christmas thousands of miles from friends and family?  Go on an adventure!

I couldn’t be in America this Christmas, but I did get Christmas day off from work and I wanted to go to a corner of Korea I had never visited.  Gangwon-do is the north-east province of Korea and with the exception of Jeju, it is the least populated province in the country.

I don’t feel like the Korean Tourism Board advertises the region too often, except now they have to because the 2018 Winter Olympics will be in Pyeongchang, one of the counties in Gangwon-do.  The area is famous for skiing and camping but it seems like everything is geared towards Korean tourists.  Unless you have a car, your only option to get to Gangwon-do is a long bus ride from a major city.

I left from Seoul on Christmas morning.  It only took two and a half hours from Seoul to Jangpyeong, a small town in Pyeongchang county.  I say “only” because I found some horror stories on other blogs about buses getting stuck in the snow or crazy traffic and the journey ended up being five or six hours. 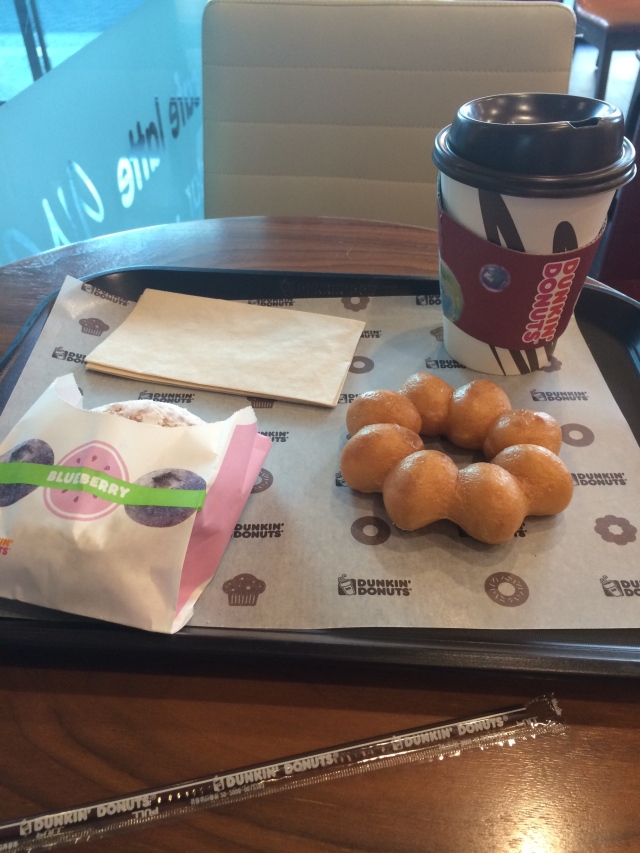 it was a Dunkin Donuts Christmas breakfast

There wasn’t much to do in Jangpyeong and most of the sites were closer to the town of Jinbu.  It was only 1,200 won and half an hour to get to Jinbu on an inter-city bus and from Jinbu you can take local buses to temples, ski slopes, and national parks.  The theme of Gangwon-do seems to be buses.

On the way to the temple

I visited Woljeongsa Temple, which was also right next to Odaesan National Park.  It felt magical to walk around in the snow with beautiful mountains surrounding the temple. 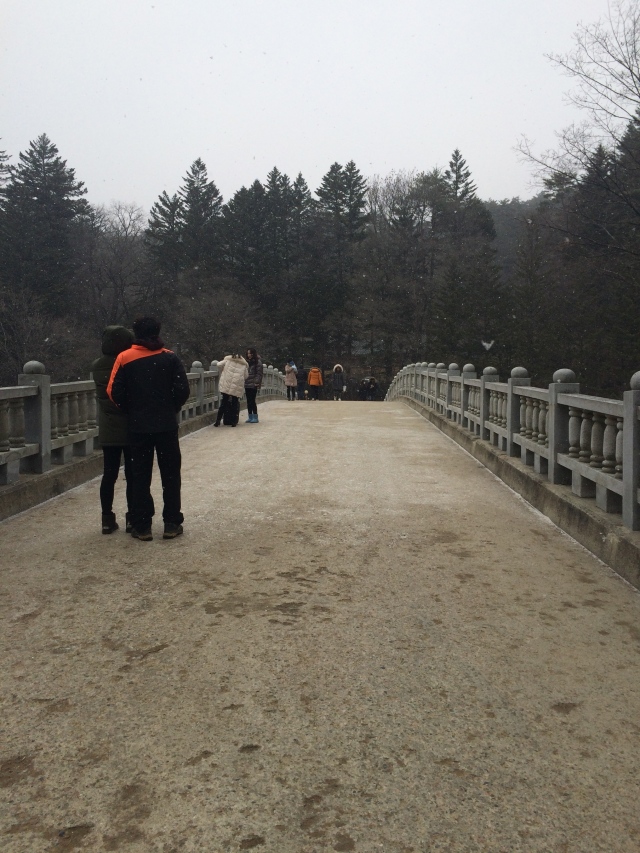 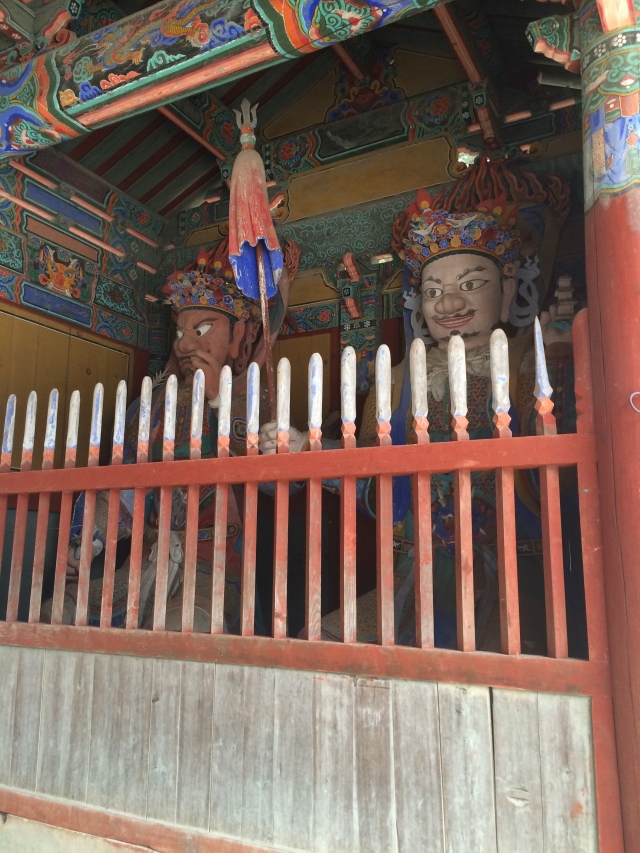 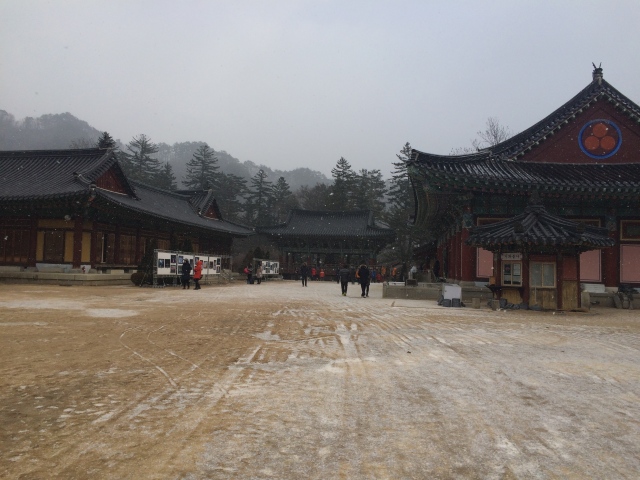 One of the buildings on the temple grounds was turned into a mini museum. 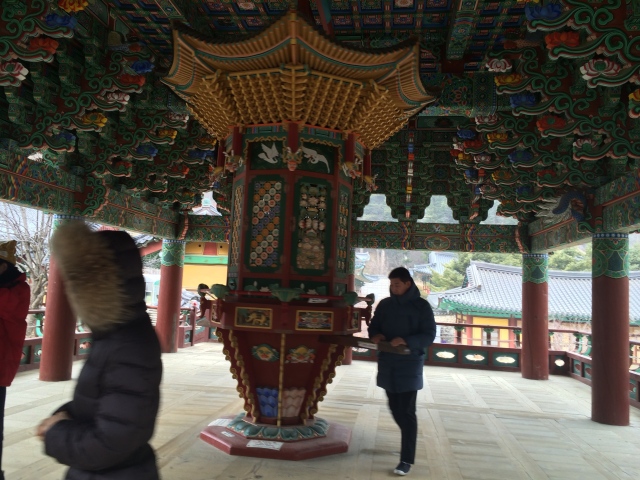 As much as I wanted to walk through more of the trails in the park, it was still below freezing and snowing and I wanted to retreat to my warm hotel room.  My co-teachers said the area is more popular in the fall, which does seem like a smart idea. 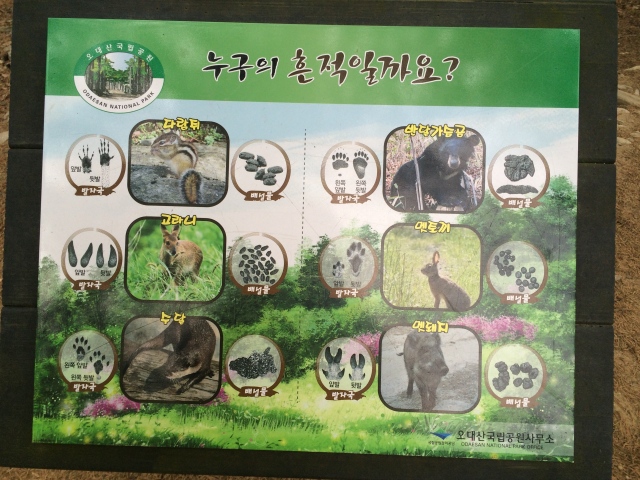 all the animals you can find in the forest

I had a lovely Christmas out in the countryside, I consider the fresh air of the mountains my Christmas gift to myself.