Posted on July 3, 2015 by sadielynwelhoff

It’s nice to get away from the urban sprawl.  While I consider Cheonan to be a nice city, a day in the countryside is always appreciated.  Luckily for me, the bus terminal is right next to my apartment, so I can escape to farm fields on the 900 bus route in under an hour.

I decided to go to Hyeonchungsa Shrine and the surrounding park for the day.  It wasn’t crowded at all, I probably have MERS to thank for that. 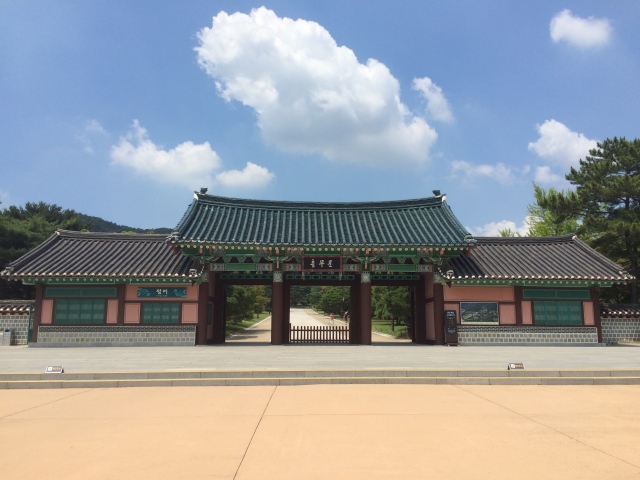 The sun was shining and the clouds were beautiful, and it was nice and humid.  You hear many complaints about the Korean humidity, but I don’t think it’s any worse than Missouri humidity.  I would still pick gross and sticky over freezing cold any day.

I love the fact that I can take a casual walk through a site that is several hundred years old. And entering the park is free.

The shrine was built for Admiral Yi Su Shin in 1706, and like all great Korean heroes, he became heroic by battling against a Japanese invasion.  He was born in 1545 and grew up in Asan, a town neighboring Cheonan.  When Japan started heading for Korea (for the millionth time) Admiral Yi had only about a dozen ships to fight off the enormous Japanese navy.

He is also famous for coming up with the idea for the “geobuksun” or turtle ship.  Metal spikes were placed on all sides of the boat to keep those pesky Japanese soldiers from boarding the ship. 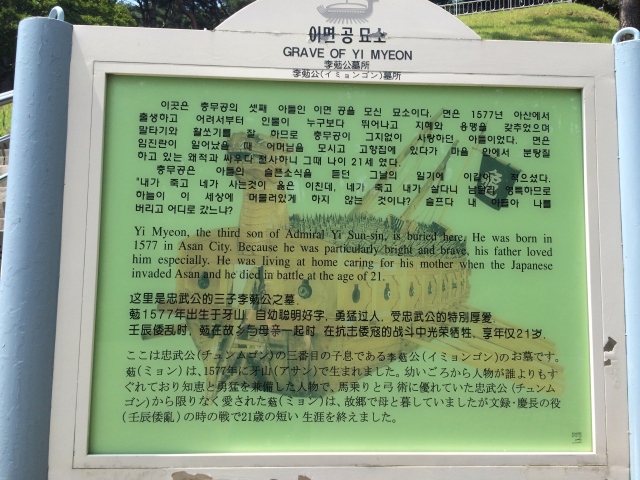 Admiral Yi’s son is also buried here. Apparently his Dad loved him the most? 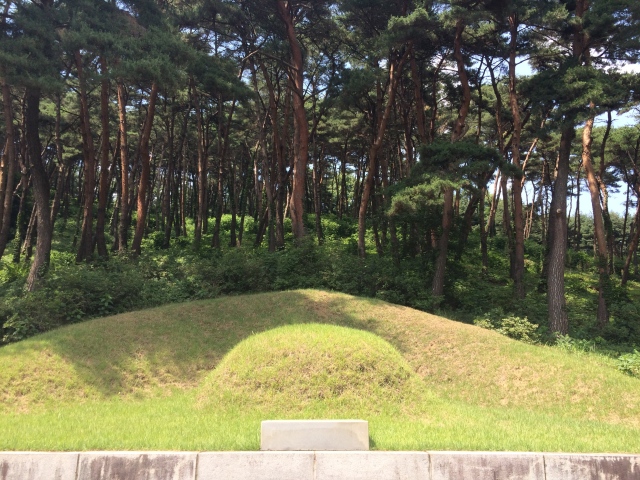 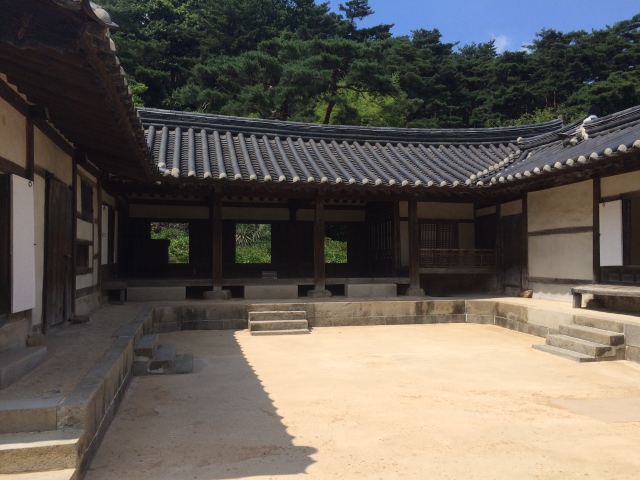 It’s not the most impressive landmark you will find in Korea, but I don’t get tired of being surrounded by mountains and trees. 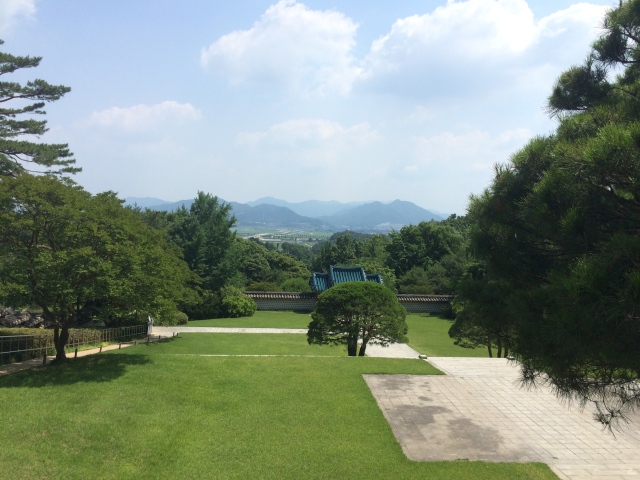