City by the Sea

Busan is South Korea’s second largest city and the largest port.  But this past weekend, it was also host to about 40 English teachers for a culture trip.

We set out on the KTX, Korea’s high speed train at 7:30 in the morning.  It only took us about two hours to get there from Cheonan-Asan station.  If we took the lame, ordinary slow train, it would have taken about four hours.

Everyone got a bag of snacks for the trip, a definite perk of having a trip arranged for you.

we are well fed in this program

Our first stop was Haedong Yonggungsa, a Buddhist temple right by the sea.  These pictures don’t show it, but it was quite crowded.  Everyone was trying to get down the steps that winded down the cliff side at the same time.

We also went to a market in downtown Busan, but it was essentially all t-shirts, cheap purses, and shoes.  It didn’t really appeal to me since I have zero shopping instincts.

I did see an interesting display in the middle of the road next to the market.

I think they were lanterns…maybe?

No trip to Busan would be complete without going to the beach.  It definitely was not swimming weather though. 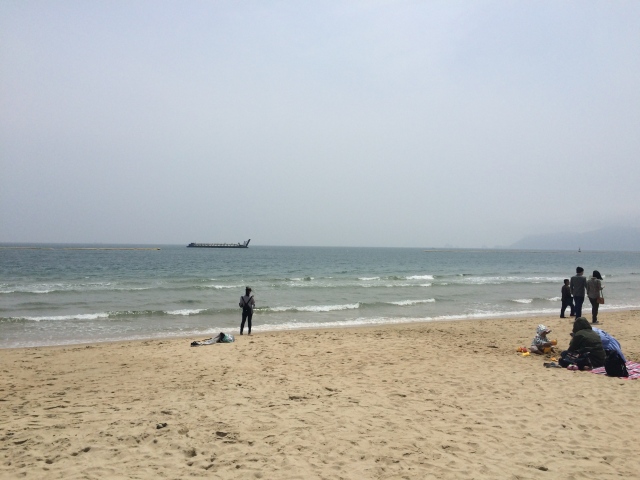 I finally had Mexican food at a restaurant close to the beach called the Fuzzy Naval.  I don’t know what belly buttons have to do with Mexican food, but I miss it all the time and don’t care where the food comes from.  Mexican food seems to be a close second to friends and family on the list of things everyone misses from America.

the beach at night

We had to find our own accommodations if we wanted to stay the night and continue exploring Busan on Sunday.  A lot of people stayed in hostels in a dormitory, but I had just been on a crowded bus all day and I needed some space.

I found the Blue Backpackers Hostel online, and it was actually as nice in reality as it was on the pictures on Hostel World.  They also give guests free toast, eggs, and juice, and most importantly: private rooms. 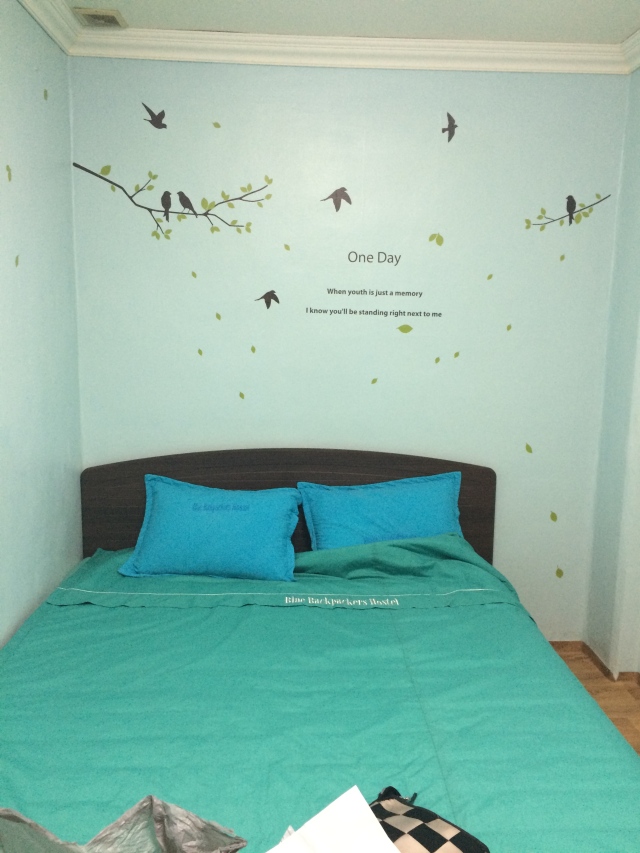 Star Wars playing on the movie channel in English, check

I’ll save my adventures in Gamcheon culture village for the next post.